I don’t have a finish this week so I am not going to count any fabric out… but I didn’t get any fabric in so that’s good! If you’ve been following me on Instagram and/or Twitter, you know that I’ve been a busy little bee when it comes to these Sunburst blocks. The pattern I’m working from calls for 12 blocks and I finished the 12th one a couple of days ago. I’m working on putting them all together and assembling the quilt top; hopefully I’ll have it finished by next Sunday and I can show some movement in my numbers!

This week was a little busy for us, by our standards anyway. Michael had a check up with his oncologist at City of Hope, of course it rained that day so it took us almost 3 hours to get there with California rain traffic. Luckily it only took us about an hour and a half to get home since the rain cleared up. His blood work looks good, we are just trying to get him to eat more and maintain his weight. He’s lost about 10 lbs since his surgery because he doesn’t have much appetite and sometimes struggles with nausea. When he does get hungry, can only eat very small portions. He’s been doing well with eating the past 4-5 days though so I’m hoping we’ve turned a corner and his stomach will get back into the swing of things. Mike will be happy to be eating something other than protein shakes! I also had my 36 week pre-natal appointment on Friday, now that I’m in the last month I’ll be going to the doctor weekly until Henry arrives. My doctor is expecting him to weigh 8.5 lbs… oh boy!

Thanks for stopping by! I’m linking up with Judy over at Patchwork Times.

This pregnancy is rolling right along, right now I am at 36 weeks pregnant, just about a month to go. Some days I am full of energy and am able to get lots of housework and errands done. Some days I am too tired and only do the bare minimum. And then there are other days I am in too much pain or discomfort to do it all, even though I have the will and the energy!

This weekend I was able to finish my baby’s quilt, I am so relieved to have it done! Mike’s cousin is also pregnant right now with a little girl. She’s not due until December but I’d like to try to finish a baby quilt for her before Henry gets here. I’m sure I won’t have time once he arrives! I found this pattern for this Sunburst Quilt over at the Moda Bake Shop and thought it looked simple enough. I had thought about doing a quick granny squares quilt for the baby but this one looks a little more fun. I was able to whip through 6 blocks on Saturday and Sunday: 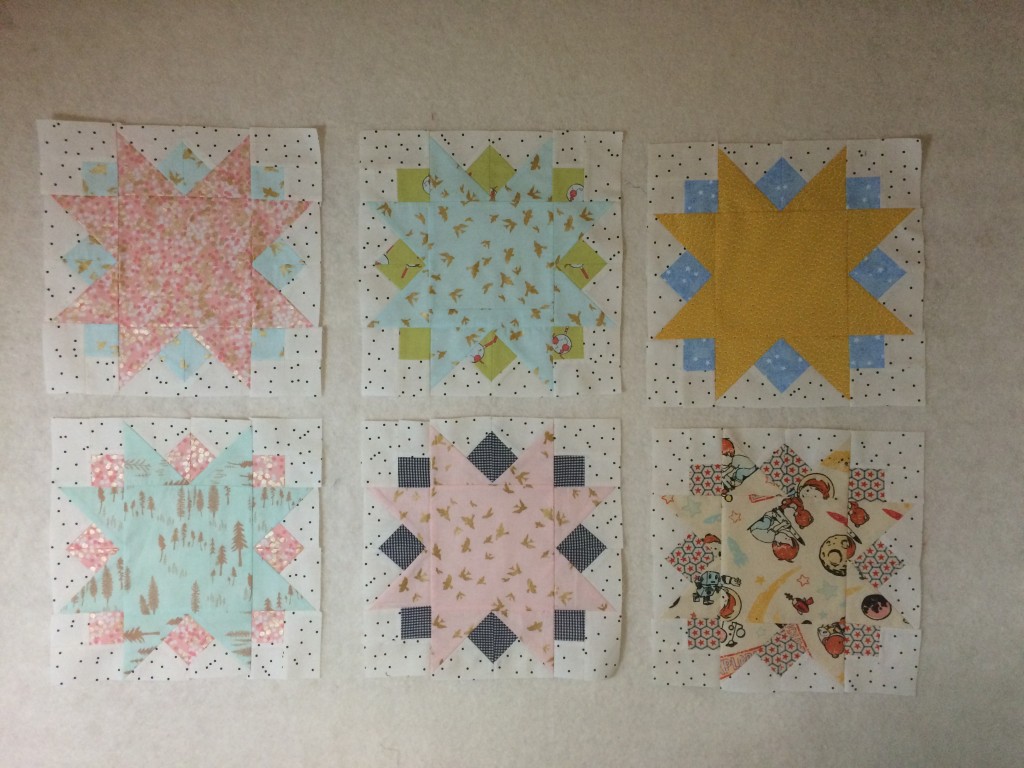 Turns out I didn’t have any acceptable white fabric in my stash, so I’m using this dotty fabric I have left over from Henry’s quilt instead. And turns out I don’t have enough of this fabric either so I’m going to have to get creative! It will end up being a fun, scrappy quilt. I’m linking up with Judy over at Patchwork Times for Design Wall Monday. 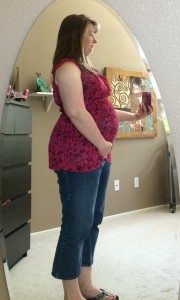 It’s a little bit difficult to take bump pictures of one’s self, but I tried! Here I am at 22 weeks along. We found out that we are having a baby boy and he’s already started kicking around in my belly! I’ve started planning his nursery, it’s going to be a rustic woodland theme. I got the idea after seeing Bonnie Christine’s Hello Bear collection, I am absolutely in love with it! 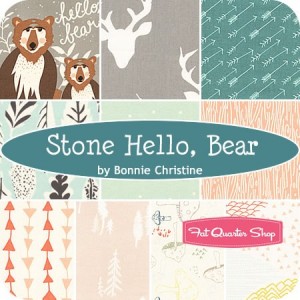 I’ve ordered fabric to make crib sheets, diaper pad covers and a quilt. I think I need some more fabric but I need to decide what quilt pattern I’m going to do with it before I decide to buy more!

It’s such an exciting time for us, but we are still having to make weekly trips to the hospital for Michael’s cancer treatment. I had hoped we would be farther along in treatment by now, but infections have prevented Michael from making regular progress; he has had to take chemo breaks to let his body fight infections. We’re trying to stay positive though. For more information on Mike’s cancer, read the cancer tag.

Since I’m blocked on the baby’s quilt, I started on another project in the meantime. Here is a work in progress shot:

It is a LOT of applique, but I am looking forward to the challenge! 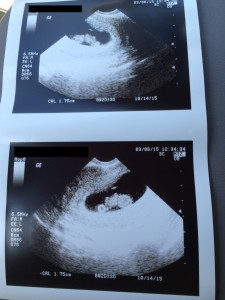 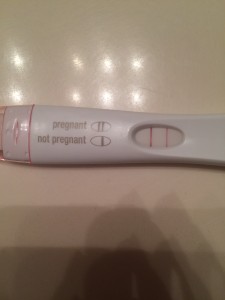