As you may know, my husband passed away last May after a prolonged battle with cancer. Our wedding anniversary was on January 17, and I wrote this on Facebook to mark the occasion. 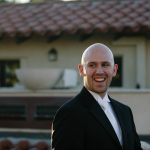 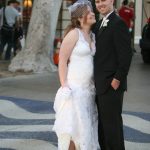 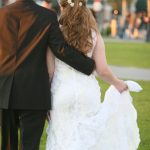 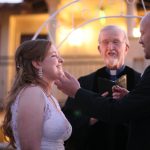 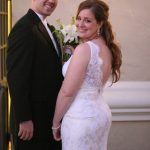 Today would have been our 8th wedding anniversary and 14 years of being together, since we were seniors in high school in 2003. It’s the first one I’m spending without you and I have to admit, it’s hit me harder than any of the other “firsts.” On this day 8 years ago, we thought we had the rest of our lives together. We thought we’d grow old and die far, far in the future. It wasn’t as far away as we’d hoped.

Today I planned on cooking a good meal that you would have liked and thinking back on our wedding day (what an awesome wedding it was!) to honor you and your memory. But, life happened. Grief has been clouding my mind, making it hard for me to sleep and keep up with life so I spent most of the day watching Henry play from the couch, and napping while he napped. Now Henry is down for the night and I have to do some chores that can’t be put off any longer. I know going on living my life is honoring you, too, because that’s what you wanted Henry and me, and everyone who loved you, to do.

This first picture is of you seeing me at our wedding for the first time. I’ll never forget how amazed you looked and how loved you made me feel. After this we went for a walk on the beach and took some pictures, then went back to the hotel and started the ceremony. I was so happy and excited to marry you that I couldn’t stop laughing throughout our vows. I’ll always remember our wedding day as one of the best days of my life. Thank you Michael for loving me so well and letting me love you, too. I miss you every day.