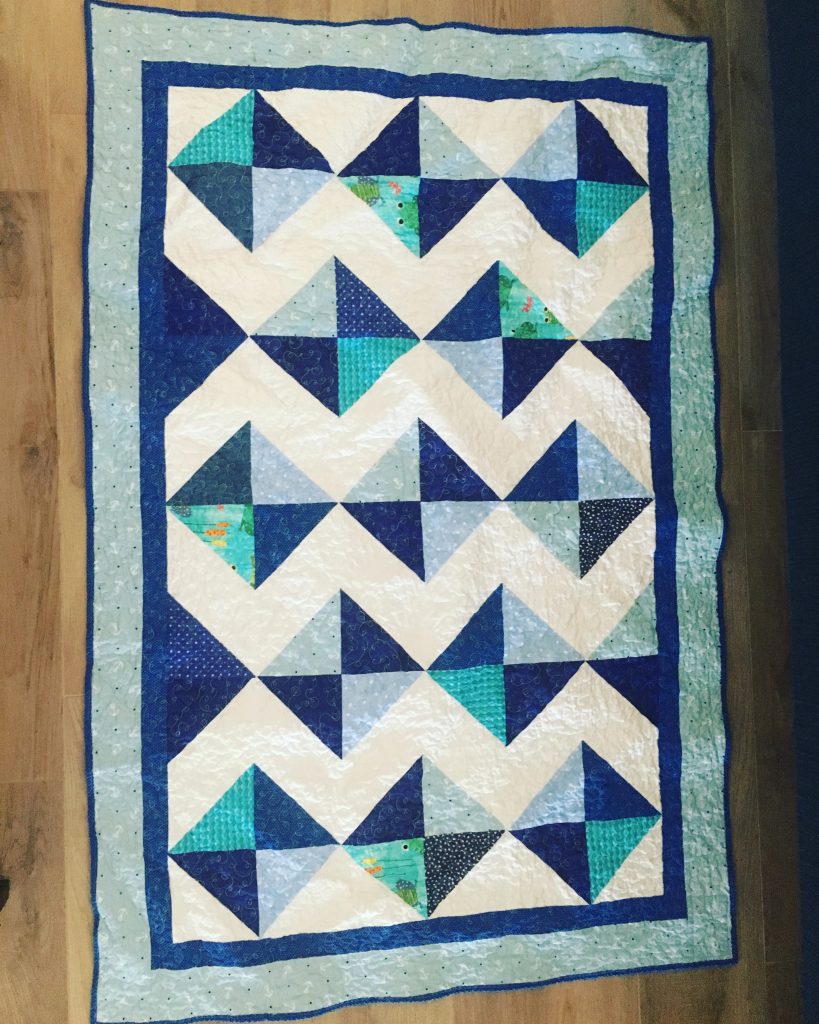 I had originally planned to make an hour glass quilt, but I was watching the World Series when I was piecing and I missed a step in the instructions, so I had to improvise. I’m happy with how the quilt finished up though. All the fabric is from my stash, slowly whittling it down. The quilt finished at 39″x59,” a great size for a baby quilt. I did a loop de loop FMQ on this one. I got my machine back from the repair shop and it is doing much better holding tension now. 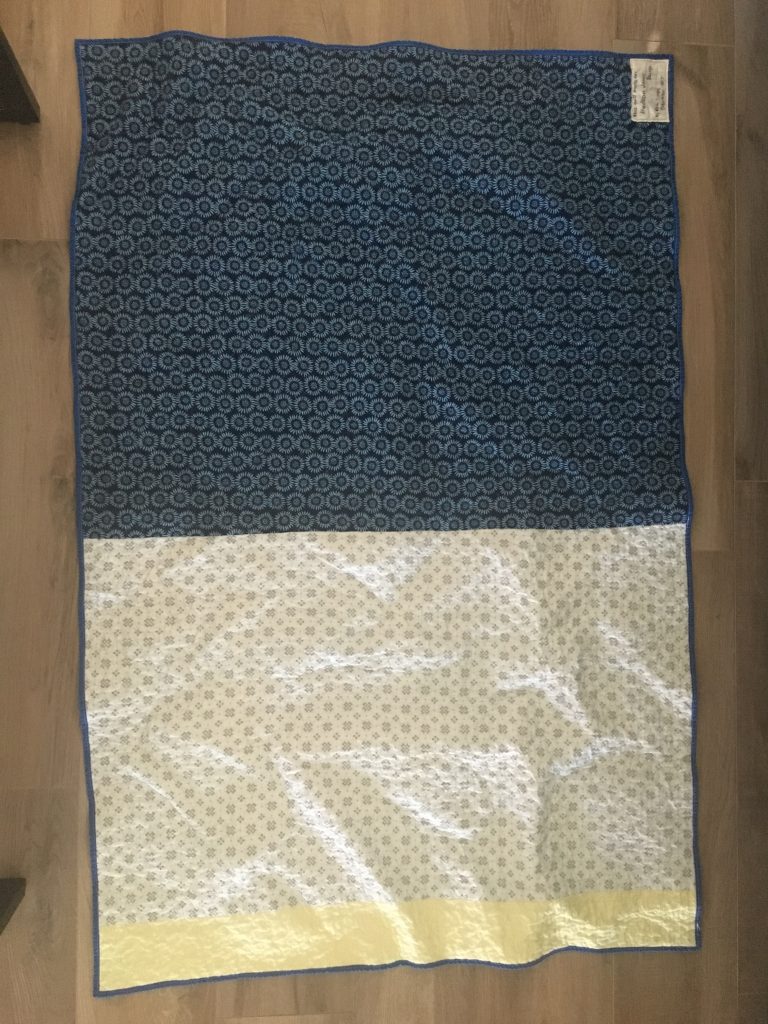 Here’s the back, nothing fancy. I pieced together some flannels I had in my stash. Should be nice and cozy.

It’s been such a long time since I did a work in progress update. If you’ve been following me on Instagram, you might have seen that I’ve dipped my toe into foundation paper piecing thanks to a tutorial from April Rosenthal. If you haven’t tried it out yet, I highly recommend this tutorial, it was so easy to follow and I’m loving it.

My first #paperpiecing block! Thanks for the tutorial @aprilrosenthal! #quilting #quilt #piecing

I’ve made 5 blocks so far. I think once I have 15 or 20 it will be enough for a baby quilt, with some sashing and borders.

I’ve also been working on a baby boy quilt that’s wrapping up here. Originally I was following this tutorial from Cluck Cluck Sew, but I was also watching the Dodgers play the World Series and well… one thing led to another and I missed a step so I had to improvise!

I was trying to decide which fabric to use as a border. I decided to do two borders; one skinny one in the first fabric from the left and a fatter border in the light blue fabric. I’m working on that now.

Now on my list are 3 baby boy quilts, 3 baby girl quilts and Mike’s T-shirt quilt. Poor Mike. Even after death he gets pushed down the priority list. He always understood. I’ve been thinking more and more I might send his shirts off to one of those companies for them to cut up and make into a quilt. I’m so nervous about messing them up that I’m afraid to start. We’ll see.

Here’s a list of all the quilts I completed this year.

Meet in the Middle: 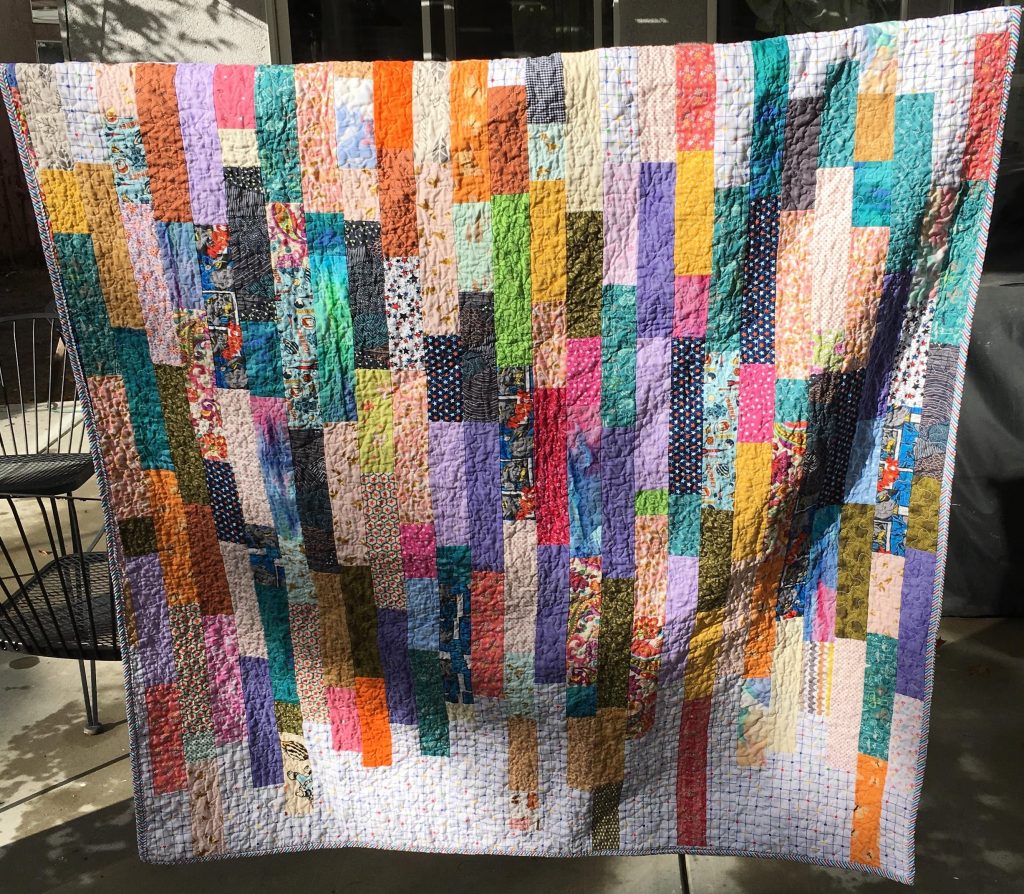 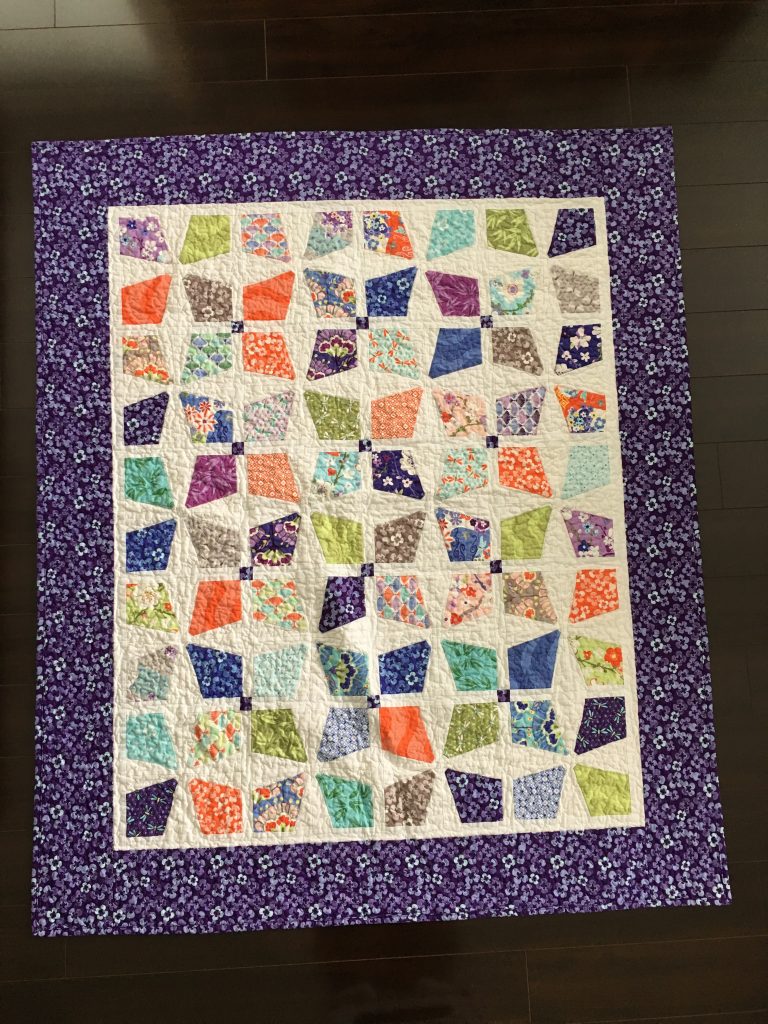 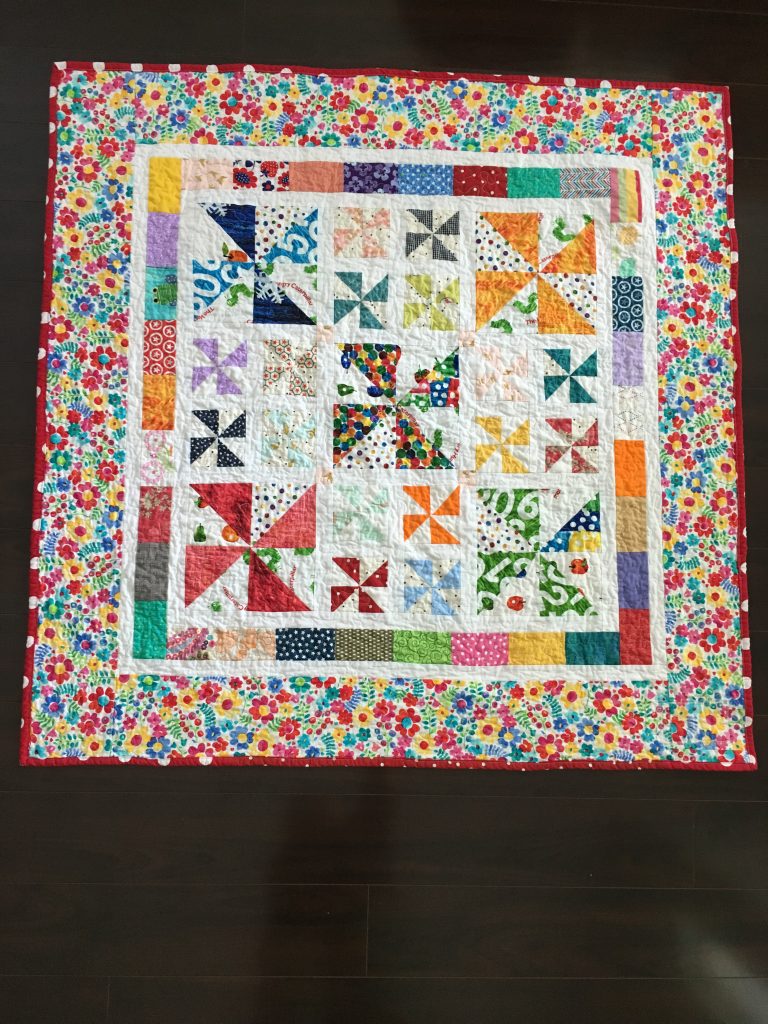