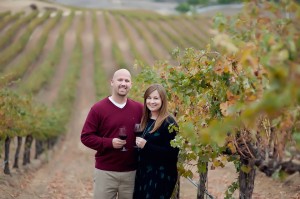 I didn’t know how to start this post. I sat down, Googled inspirational quotes that felt hollow. I guess the only place to start is at the beginning.

On September 9, 2001, when my husband was just 17 years old, he was diagnosed with a rare form of cancer called Synovial Sarcoma. It’s a cancer that attacks soft tissues, usually in joints. Mike’s was in his left shoulder. He missed his entire Junior year of high school completing treatment, which included two resections (surgeries to remove cancerous mass), chemotherapy and radiation at City of Hope in Duarte, CA. He completed treatment in the spring of 2002 and was able to return to school that fall, which is when we met.

He was cancer free for over ten years. Then, this past fall, his cancer site would occasionally sting and his seroma (which had been on his back since his surgery in 2001) began to change shape. On Oct 22nd, 2013 Mike went in to City of Hope for a check up. His doctors did an MRI scan and saw a suspicious mass. They scheduled a biopsy for Nov 4 and during our post-op appointment on Nov 7, they confirmed what we hoped it wouldn’t be: Michael had cancer again.

Michael was scheduled for extensive surgery on December 18th to remove the cancer from his back. This surgery involved shaving off a small portion of his spine where the tail of the tumor is, inserting two rods and twelve screws into his spine to stabilize it, removing half his scapula, removing three of his ribs and replacing with a fabric mesh. They also removed some of the muscle on the left side of his neck where the cancer had spread. Once all of that was removed, they moved his Latissimus Dorsi Muscle up and across his back to cover the bone and new hardware. They also took a flap of skin from his lower back and transplanted it to cover his spine. The rest of the skin was made using a skin graft from the back of his left thigh. Here is an illustration I did of his back for friends and family that helps you get a visual.

Four surgeons from four different departments worked on him. A neurosurgeon worked on his spine, a plastic surgeon took care of the muscle moving, flap and skin graft; a thoracic surgeon to work on removing the ribs and the orthopedic surgeon resected the tumor itself. During our pre-surgery appointments we were told that Mike would be in the hospital 10-14 days. If only that was the case…

This post is already pretty long so I will finish up another time. I will say though that surgery went well and Mike is making a full recovery.