Today I went to Anime Expo hosted by the SPJA in Los Angeles, CA. This year marked the TENTH year in a row that I’ve attended the convention! (See some of my other posts about it.) For the past few years I’ve just been going to the exhibit hall and this year was not much different. I bought Final Fantasy Anthology, which contains Final Fantasy V & VI; Final Fantasy Chronicles; a Super Mario chess set; some stationary and of course, an official Anime Expo shirt! Overall I had a really good time, but it’s probably the last year I’ll go. I haven’t been as into anime/manga as I used to be; and plus, content is so much more accessible with the prevalence of the internet. And I don’t really relate to most of the attendees anymore, since I’m no longer a teenager! I had fun these last ten years, but I’m ready to hang up my hat, especially since moving to Riverside… it’s not such a close drive anymore! 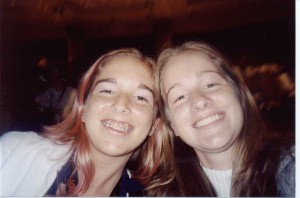 Thanks for the memories, AX!

Click on the link to see more pictures from this years’ AX: